Home » ONE Esports Dota 2 Singapore Major: All you need to know about the first offline major of the year

The Dota Pro Circuit is back. Learn all about the latest tournament changes, which teams to look out for, and how Secretlab is helping them play at their best on stage.

Competitive Dota 2 is back with a bang. The ONE Esports Dota 2 Singapore Major is the first of only two Majors in the Dota Pro Circuit (DPC) 2021. Don’t miss the first offline tournament since the COVID-19 pandemic put a stop to LAN events more than a year ago — you’ll finally be able to watch rivalries between the strongest teams play out on LAN. 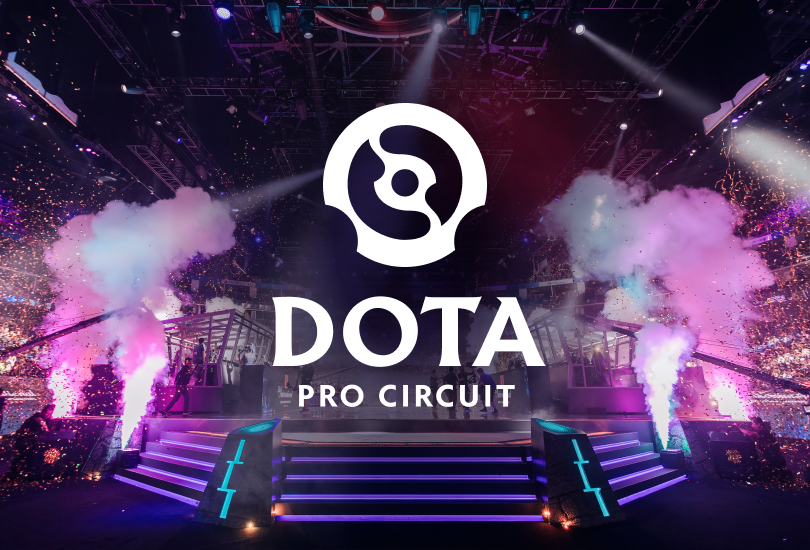 Tune in starting March 27 10AM SGT at twitch.tv/oneesports and watch the world’s best Dota 2 players go head-to-head. As the official chair partner of the ONE Esports Singapore Major, our seats will be right there on the stage keeping your favorite teams in top form.

What’s at stake at the Major?

The 2021 DPC circuit sees significant changes from previous years. The year’s competition will consist of two seasons leading up to The International 10, each season comprising a six-week League in each region that culminates in a Major. DPC points are awarded to the top five teams in each regional league — EU, China, SEA, CIS and SA — in addition to the top eight teams in each Major. But with only two Majors this year, there are now fewer opportunities to score enough DPC points to qualify for The International 10 outside of the regional leagues. 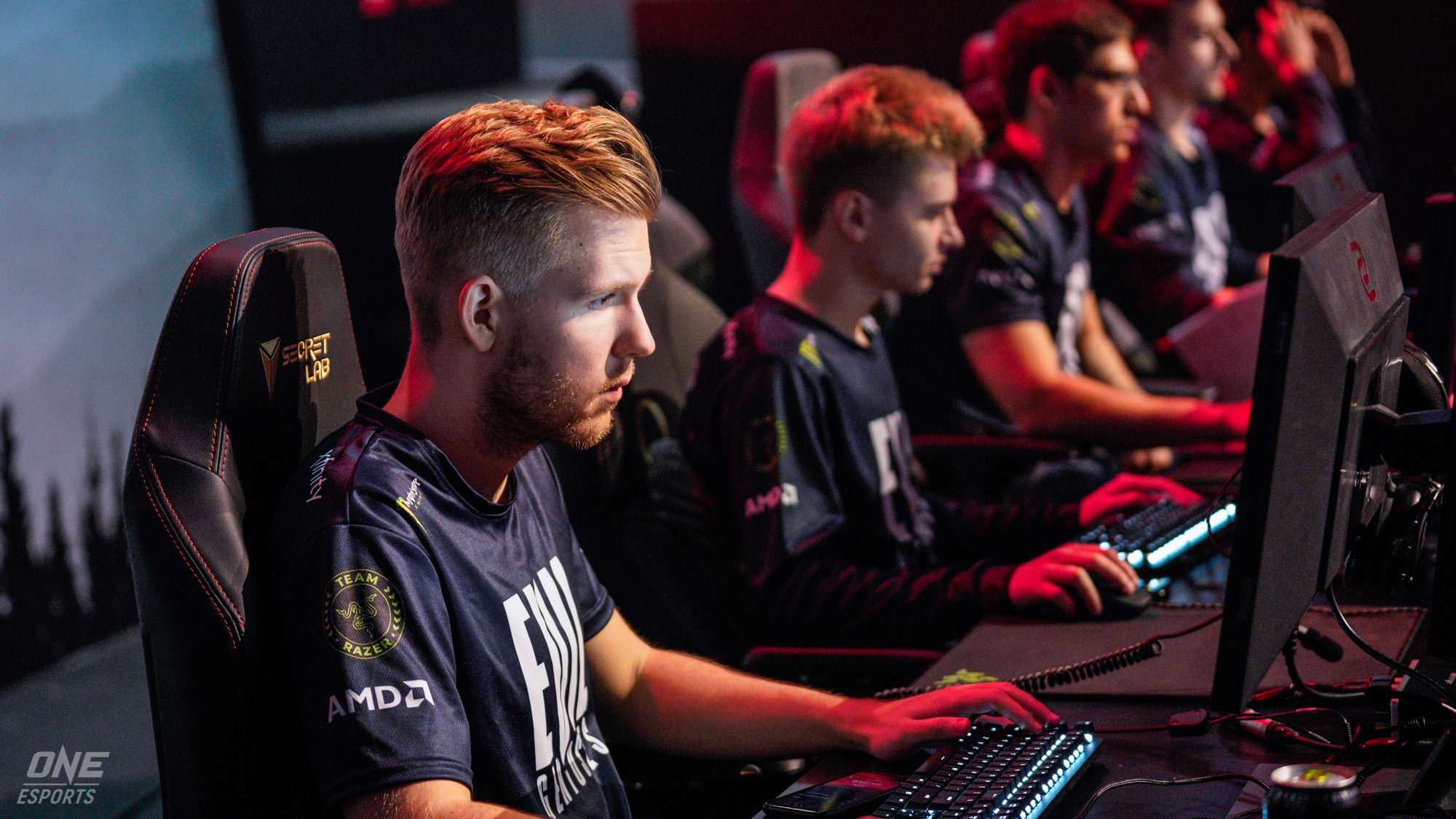 The Singapore Major will feature the 18 best teams from around the world. Here’s a run-down of every team that qualified, broken down by region: 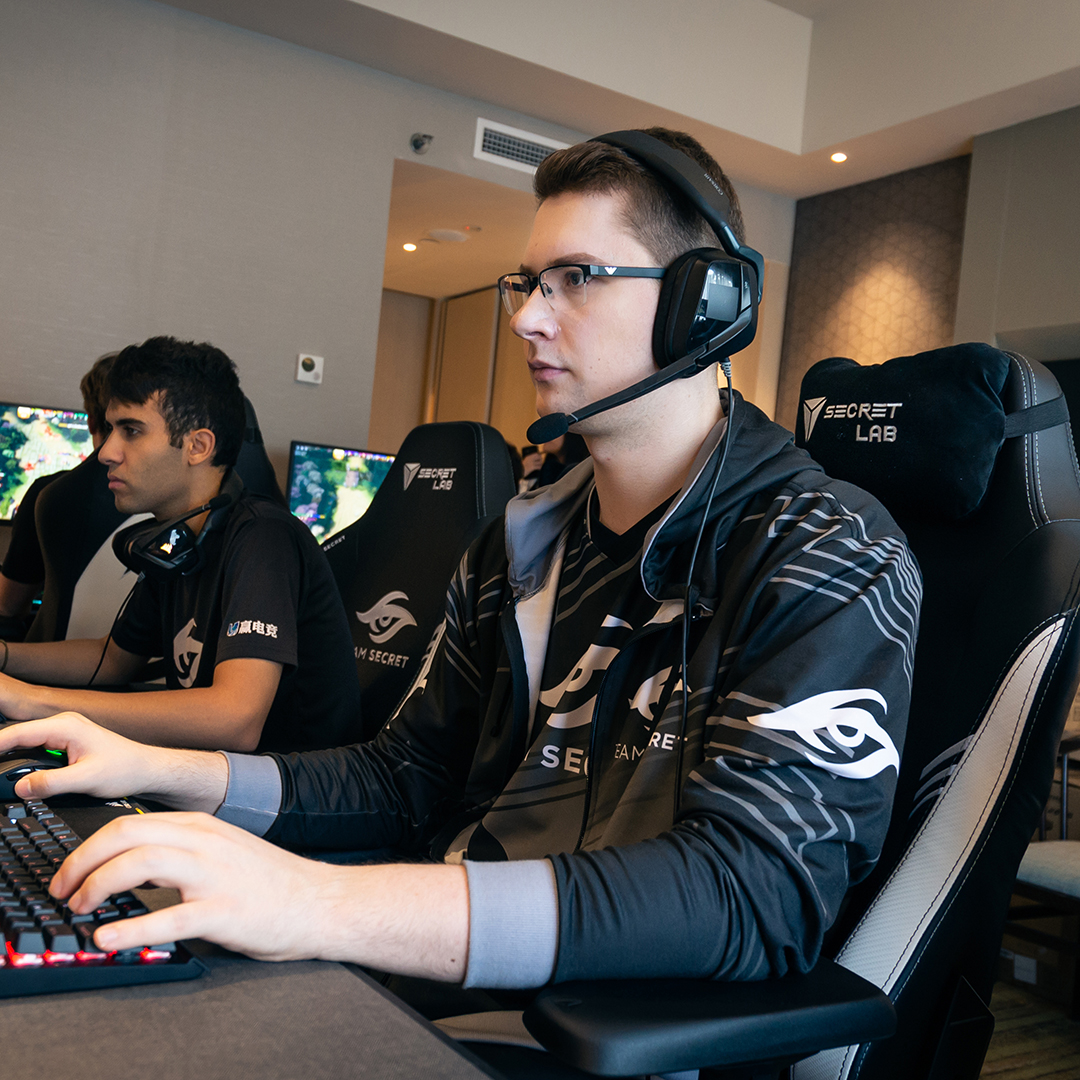 Who should you be looking out for? Without a doubt, Team Secret is the team to beat. After a dominant 2020, Clement “Puppey” Ivanov and his squad went on to a perfect 7-0 record in the DreamLeague Season 14 DPC Europe Upper Division, despite Europe being considered the most competitive Dota 2 region. They’re also the defending Major champions, having won the DreamLeague Season 13: Leipzig Major at the start of 2020.

But that’s not to say it’s a clear path to another Major trophy for them. You’ll want to keep an eye on Chinese giant Invictus Gaming, who cut through DPC China’s Upper Division with wins over teams like Elephant, Vici Gaming and PSG.LGD. Then there’s CIS powerhouse Virtus.pro, who matched Team Secret’s 7-0 record in the DPC CIS Upper Division, the only other team to do so. Finally, don’t count out Alliance. They finished second to Team Secret in Europe with a 5-2 record and were champions in the EPIC League Season 2 Division 2. 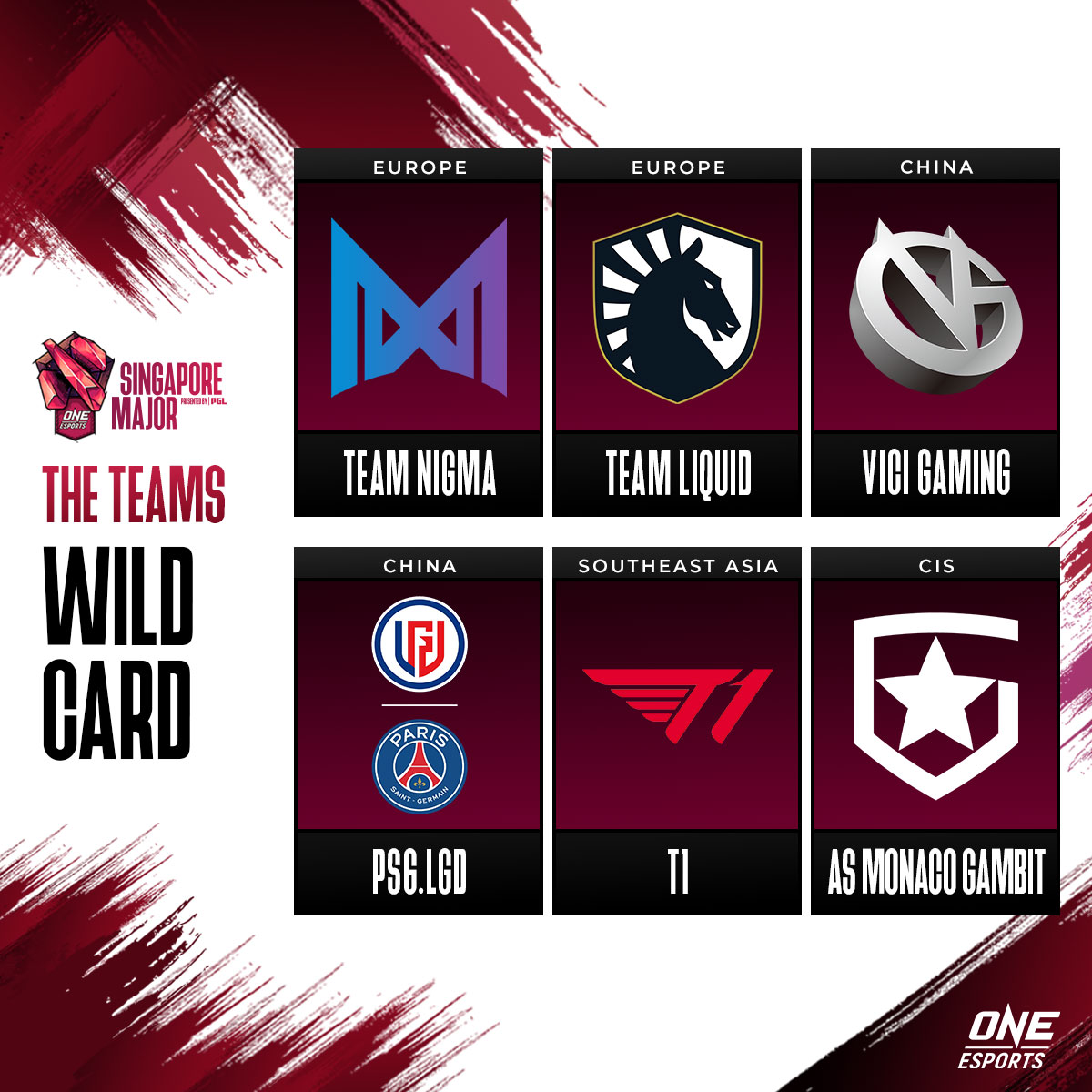 The Singapore Major will open with a play-in stage running from March 27 to 28, dubbed the Wild Card phase. This will be followed by the Group Stage and then finally the Playoffs. In the Wild Card stage, teams will be competing for the final two spots in the Group Stage. Here’s a look at who’s playing:

Each series in the Wild Card stage will be a best-of-two, and only the top two teams will move on to the Group Stage. The stakes are high — the remaining teams will be eliminated with no prize money or DPC points. 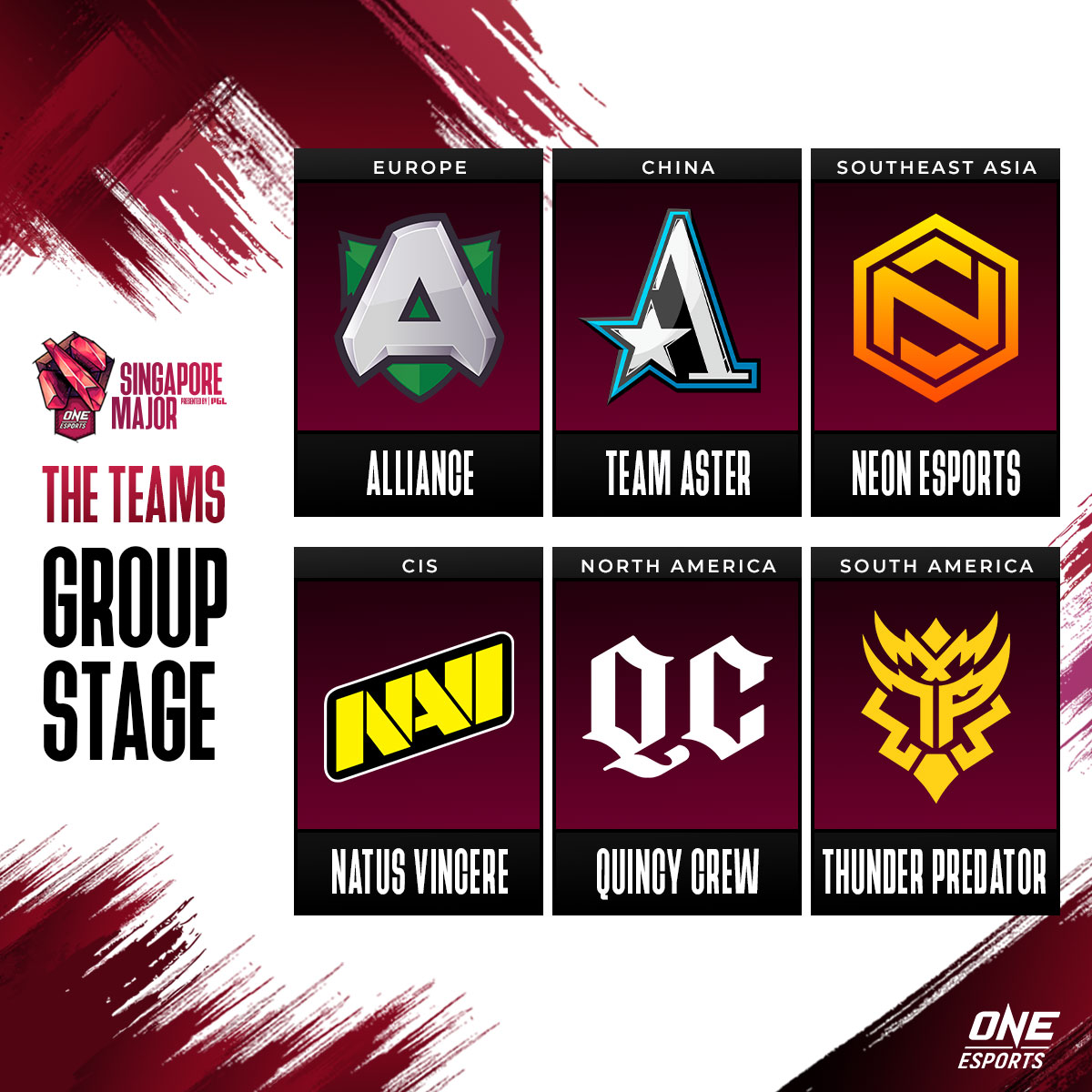 The Group Stage will take place from March 29 to 30, featuring the eight teams that did not secure first place in their respective regions and the two teams from the Wild Card stage. They’ll be competing for the remaining six playoff spots in a best-of-two round robin format. Here are the teams that have been seeded into the Group Stage so far:

The top two teams will be seeded into the upper bracket of the playoffs, where they’ll meet the winners of each regional league. The next four teams will start in the lower bracket. 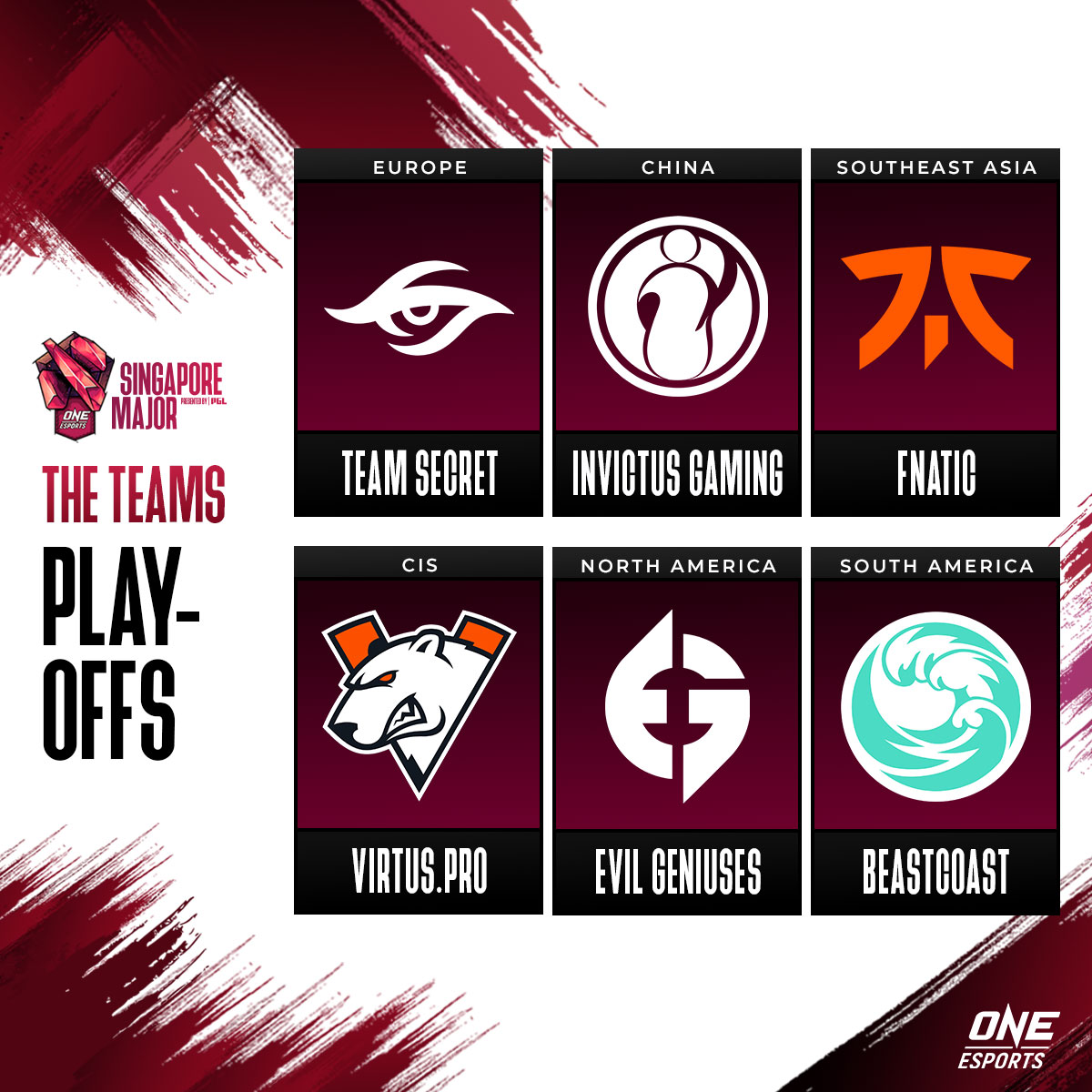 Finally, the top teams from each region will be waiting in the playoffs, which will run from March 31 to April 4. Here’s a list of the teams that have already booked a playoff berth:

Games will now follow a best-of-three double-elimination format, up till the best-of-five Grand Final. A total of 12 teams will play in the playoffs, but only the top eight will be awarded DPC points — which means some teams could still go home with nothing to show for their efforts.

You can watch the Singapore Major on the ONE Esports Twitch channel, Facebook, YouTube, and TikTok. The first game between Team Liquid and Team Nigma in the Wild Card stage kicks off Saturday, March 27 at 10AM SGT.

Secretlab is proud to be the official chair partner for the ONE Esports Dota 2 Singapore Major 2021.