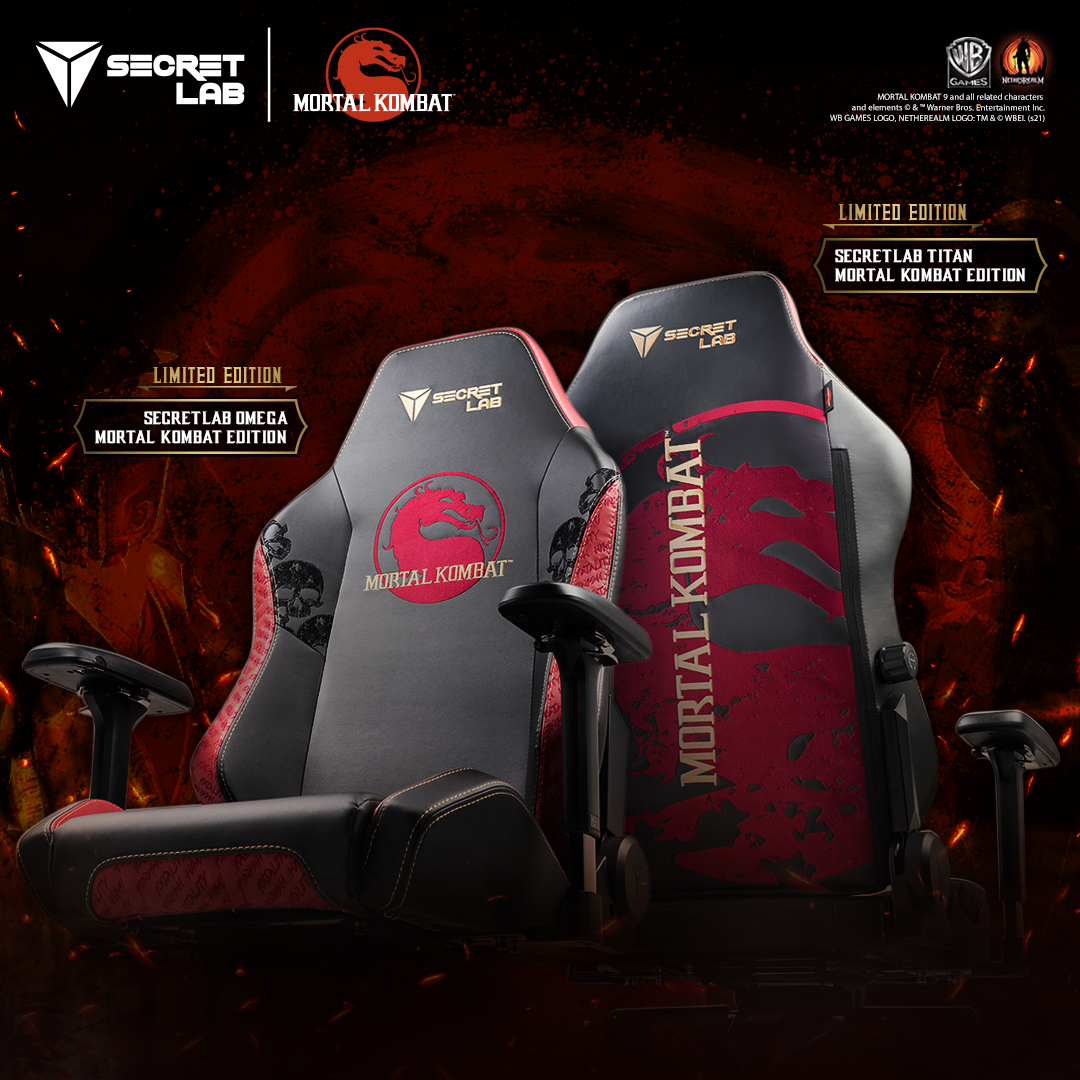 The first ever gaming chair inspired by Mortal Kombat, one of the most iconic video games, is a unique collector’s item.

This exclusive, limited edition collector’s item will launch alongside the upcoming Mortal Kombat film, which will be released in cinemas this month. The chair immortalizes the epic decades-long Mortal Kombat saga in a seat that will take center stage in any gaming scenario.

From its roots in arcade machines to a sprawling franchise that spans film, television, comics, and numerous critically acclaimed video games, Mortal Kombat commands a large and growing audience. Mortal Kombat 11, the latest installment in the series, has sold more than 10 million units globally to date, and most recently, Mortal Kombat 11 Ultimate was named Best Fighting Game at The Game Awards 2020. 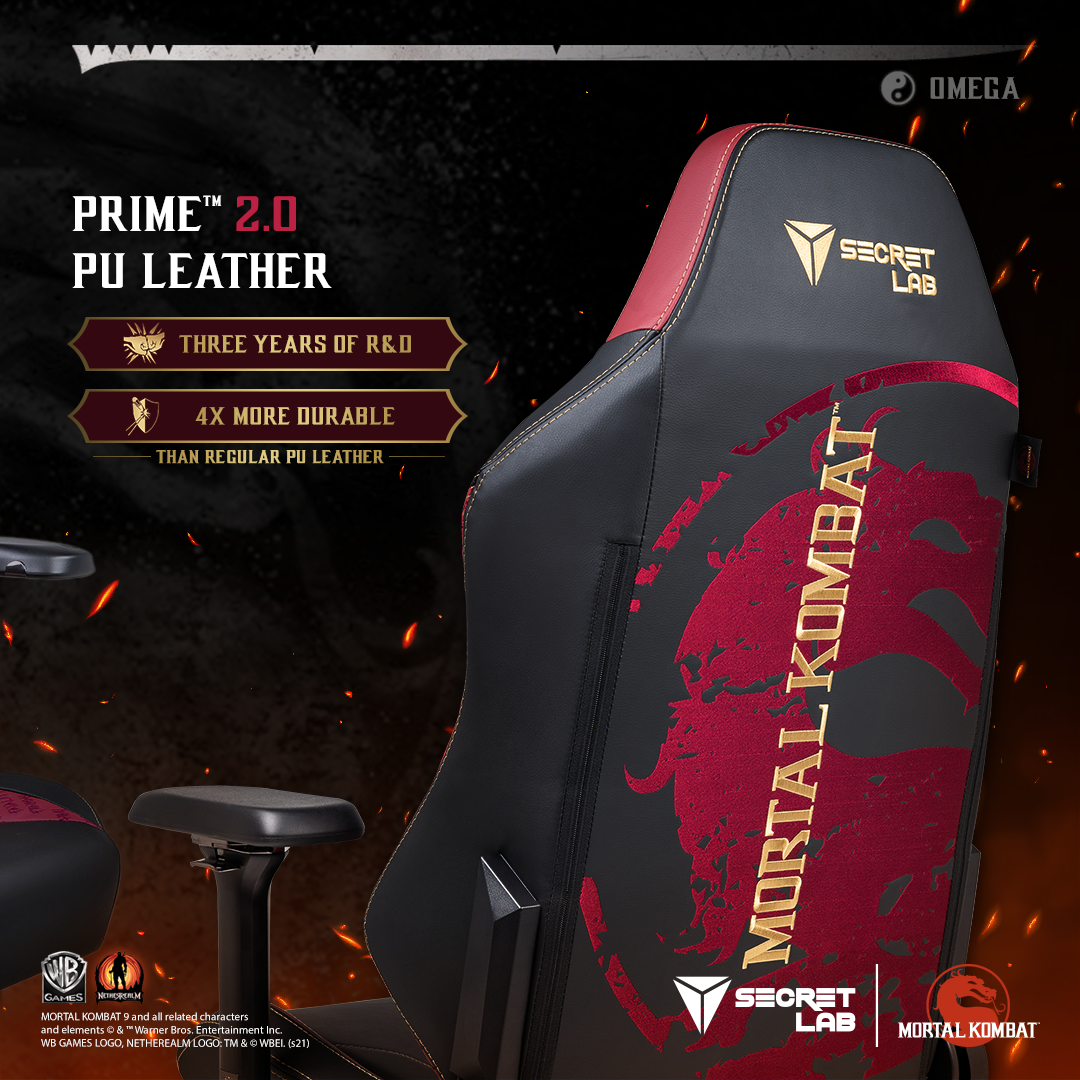 Upholstered in Secretlab’s signature PRIME™ 2.0 PU leather, this unique seat pays homage to signature Mortal Kombat gameplay elements. Showing off stylized embroidery techniques on its side panels, the chair features skulls stitched on the side wings and repeating motifs of the game’s famous voice lines. The iconic Mortal Kombat logo is embroidered prominently on the rear, an instantly recognizable symbol. 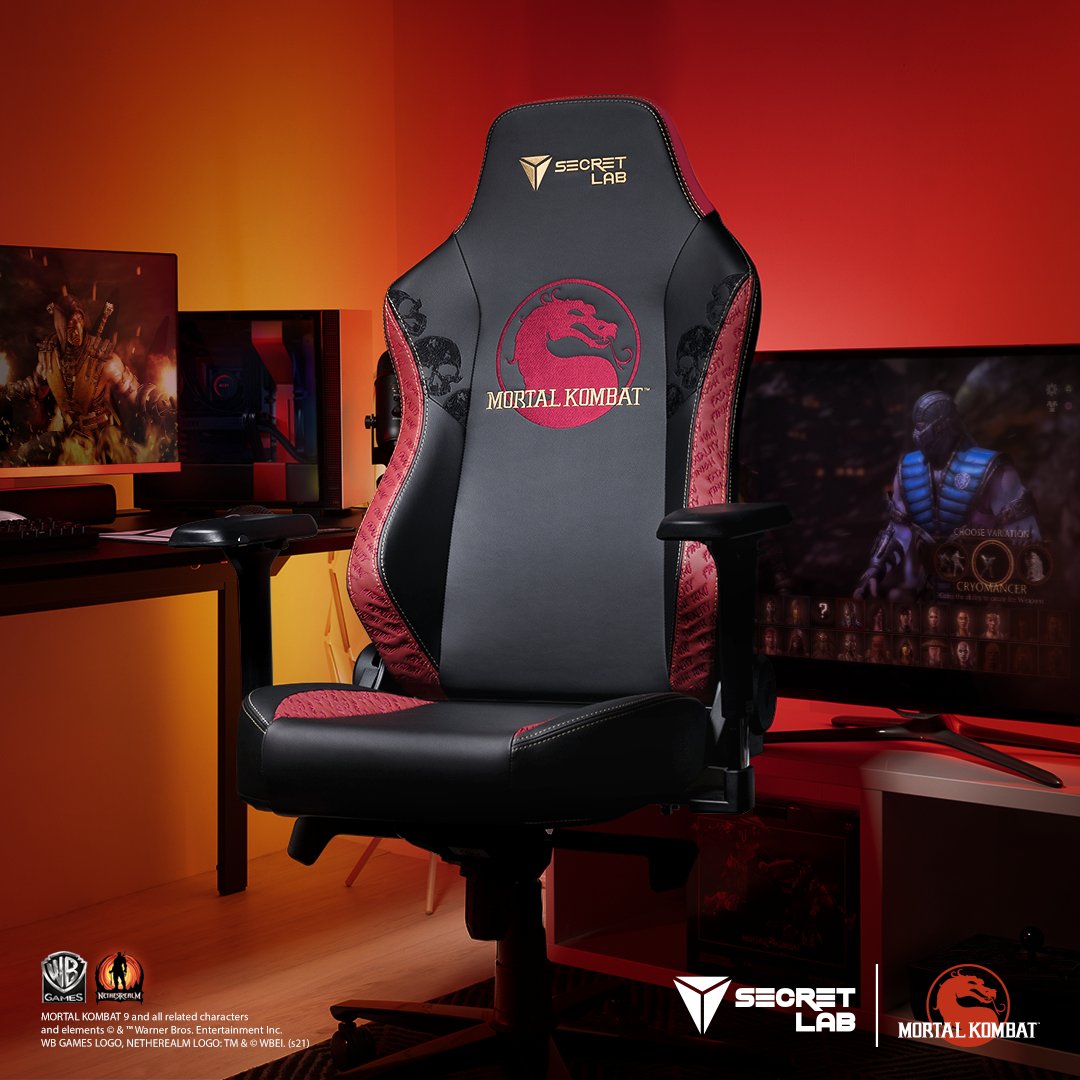 Following the success of the Secretlab Dark Knight and ‘The Joker’ Edition chairs, the Secretlab Mortal Kombat Edition brings to life yet another fan-favorite Warner Bros. franchise. The original 1995 Mortal Kombat film, still recognized today as one of the first successful video game movies, is today appealing to a new generation of gamers.

“Mortal Kombat started off as an arcade game in 1992 and it remains deeply ingrained in popular culture after nearly three decades. A large part of that is thanks to the game’s ability to constantly reinvent itself without losing sight of its roots. Together with its success as a major esports title, it has successfully retained its core audience while also attracting new fans. Thanks to the deep relationship we’ve forged with Warner Bros., we’re able to help Mortal Kombat fans channel their favorite game with a meticulously designed seat inspired by their beloved franchise.”

“Timed perfectly with the launch of the new movie in cinemas, Mortal Kombat fans are going to love this limited-edition chair. We have had a great response to our previous collaborations on DC and other Warner Bros. properties.”

Secretlab was established in 2014 to create the pinnacle of gaming seats — each designed and engineered using the highest quality materials and manufacturing techniques to ensure absolute comfort and unparalleled support. Today, Secretlab is the undisputed world leader in gaming seats and the top choice of the world’s premier gaming tournaments, top esports professionals and over 1,000,000 satisfied users from more than 60 countries worldwide, winning also rave reviews from international media publications and over 30 Editor’s Choice/ Best Hardware awards. And we’re only getting started.

Warner Bros. Consumer Products, part of Warner Bros. Global Brands and Experiences, extends the Studio’s powerful portfolio of entertainment brands and franchises into the lives of fans around the world.  WBCP partners with best-in-class licensees globally on an award-winning range of toys, fashion, home décor, and publishing inspired by franchises and properties such as DC, Wizarding World, Looney Tunes, Hanna-Barbera, HBO, Cartoon Network and Adult Swim. The division’s successful global themed entertainment business includes groundbreaking experiences such as The Wizarding World of Harry Potter and Warner Bros. World Abu Dhabi. With innovative global licensing and merchandising programs, retail initiatives, promotional partnerships and themed experiences, WBCP is one of the leading licensing and retail merchandising organizations in the world.

In Mortal Kombat, MMA fighter Cole Young, accustomed to taking a beating for money, is unaware of his heritage-or why Outworld’s Emperor Shang Tsung has sent his best warrior, Sub-Zero, an otherworldly Cryomancer, to hunt Cole down. Fearing for his family’s safety, Cole goes in search of Sonya Blade at the direction of Jax, a Special Forces Major who bears the same strange dragon marking Cole was born with. Soon, he finds himself at the temple of Lord Raiden, an Elder God and the protector of Earthrealm, who grants sanctuary to those who bear the mark.

Here, Cole trains with experienced warriors Liu Kang, Kung Lao and rogue mercenary Kano, as he prepares to stand with Earth’s greatest champions against the enemies of Outworld in a high stakes battle for the universe. But will Cole be pushed hard enough to unlock his arcana – the immense power from within his soul-in time to save not only his family, but to stop Outworld once and for all? Watch the trailer here.

MORTAL KOMBAT, THE DRAGON LOGO, and all related characters and elements are trademarks of and © Warner Bros. Entertainment Inc. (2021)