Enter the Path with the Secretlab The Witcher Edition gaming chair 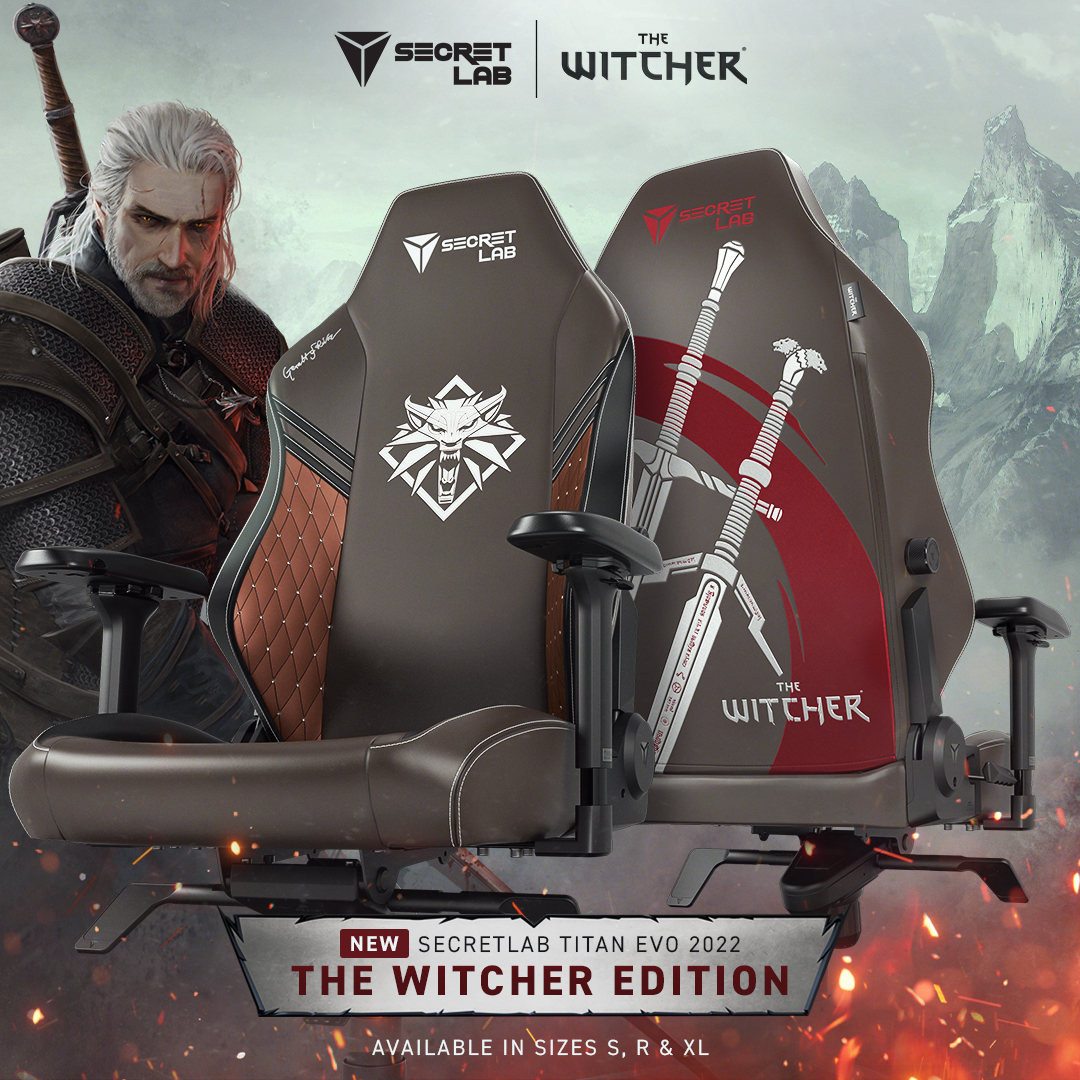 DECEMBER 17, 2021 — Award-winning comfort meets one of the most critically acclaimed role-playing games of all time. The Secretlab The Witcher Edition chair marks the second collaboration between Secretlab and CD PROJEKT RED since the explosive Secretlab Cyberpunk 2077 Edition gaming chair launch which sold out within minutes and spanned months of fully-booked pre-orders.

The Secretlab The Witcher Edition chair draws heavily from the magical realm that has enthralled fans since Andrzej Sapkowski’s first short story in 1986. With the success of The Witcher series of games, the franchise has grown into a global cultural phenomenon. The Witcher universe now spans multiple short stories, books, graphic novels, a television series, as well as board, card and mobile games. 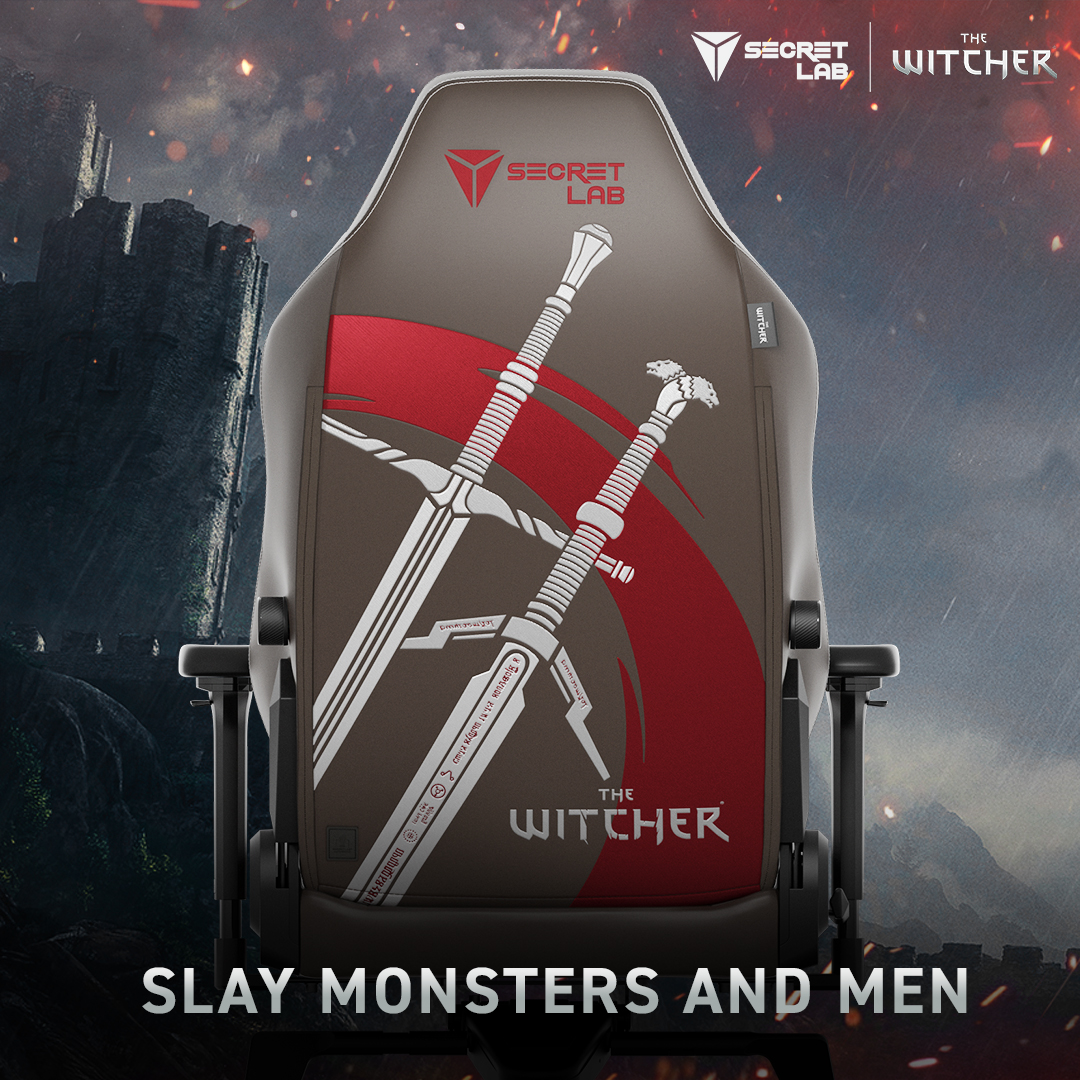 Designed as an ode to the legendary Geralt of Rivia, the Secretlab The Witcher Edition chair features intricate design elements inspired by his weapons and the metal-studded accents of the Grandmaster Legendary Wolven armor. With Geralt’s signature on its right shoulder and his twin steel and silver swords on its back, the chair pays homage to the White Wolf himself. Each sword is embroidered in meticulous detail — down to the dual serpentine heads on the pommel — a nod to the vivid detail built into the game’s environment, characters and stories. 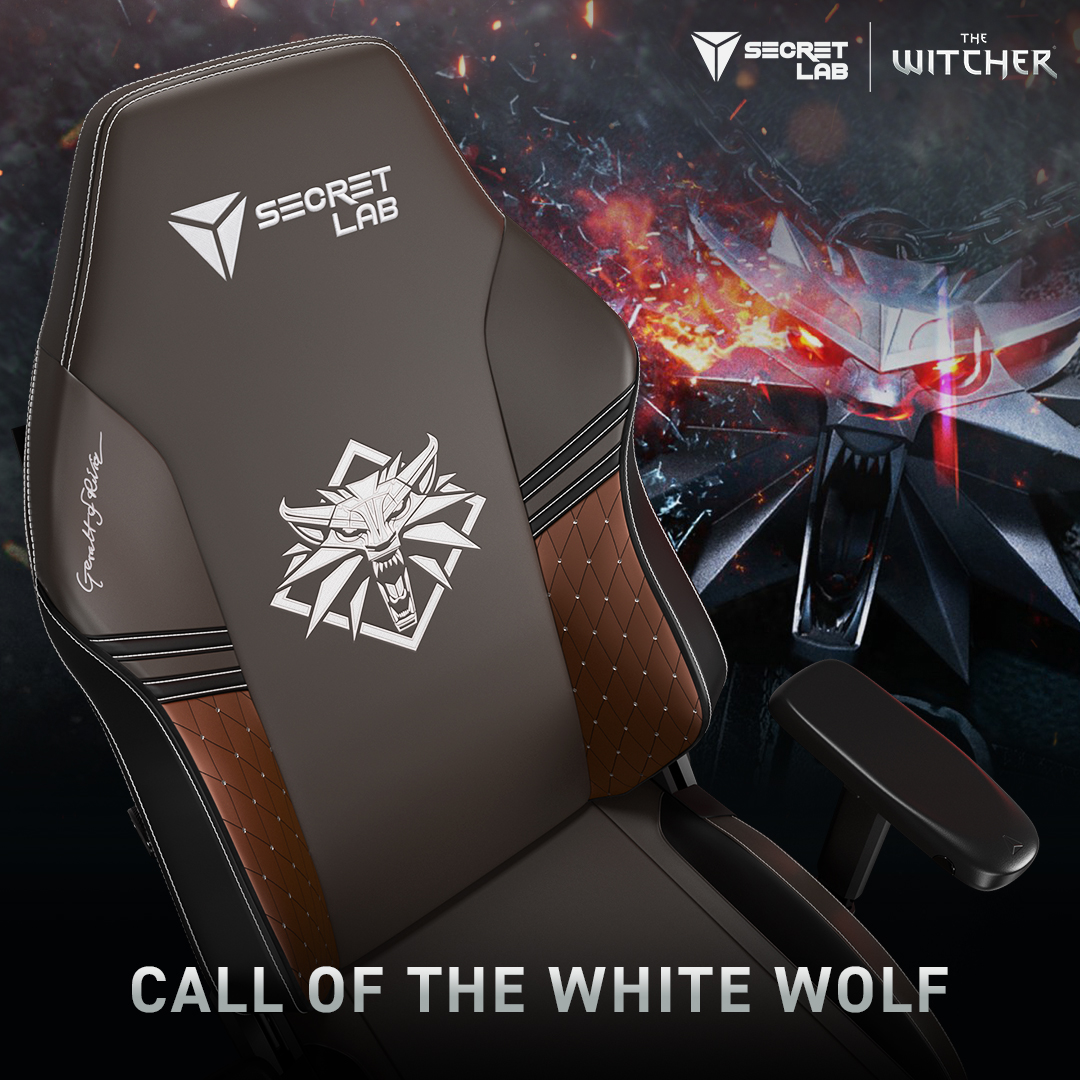 Pay tribute to the School of the Wolf with its iconic medallion stitched onto the gaming chair’s backrest, so you can comfortably channel your inner witcher as you slay all manner of monsters and men. Equipped with all the ergonomic upgrades of the Secretlab 2022 Series and available in Small, Regular, and XL, the Secretlab The Witcher Edition is ready to support fans in comfort, whether they’re binge-watching The Witcher on Netflix or exploring the Continent in one of the video games. 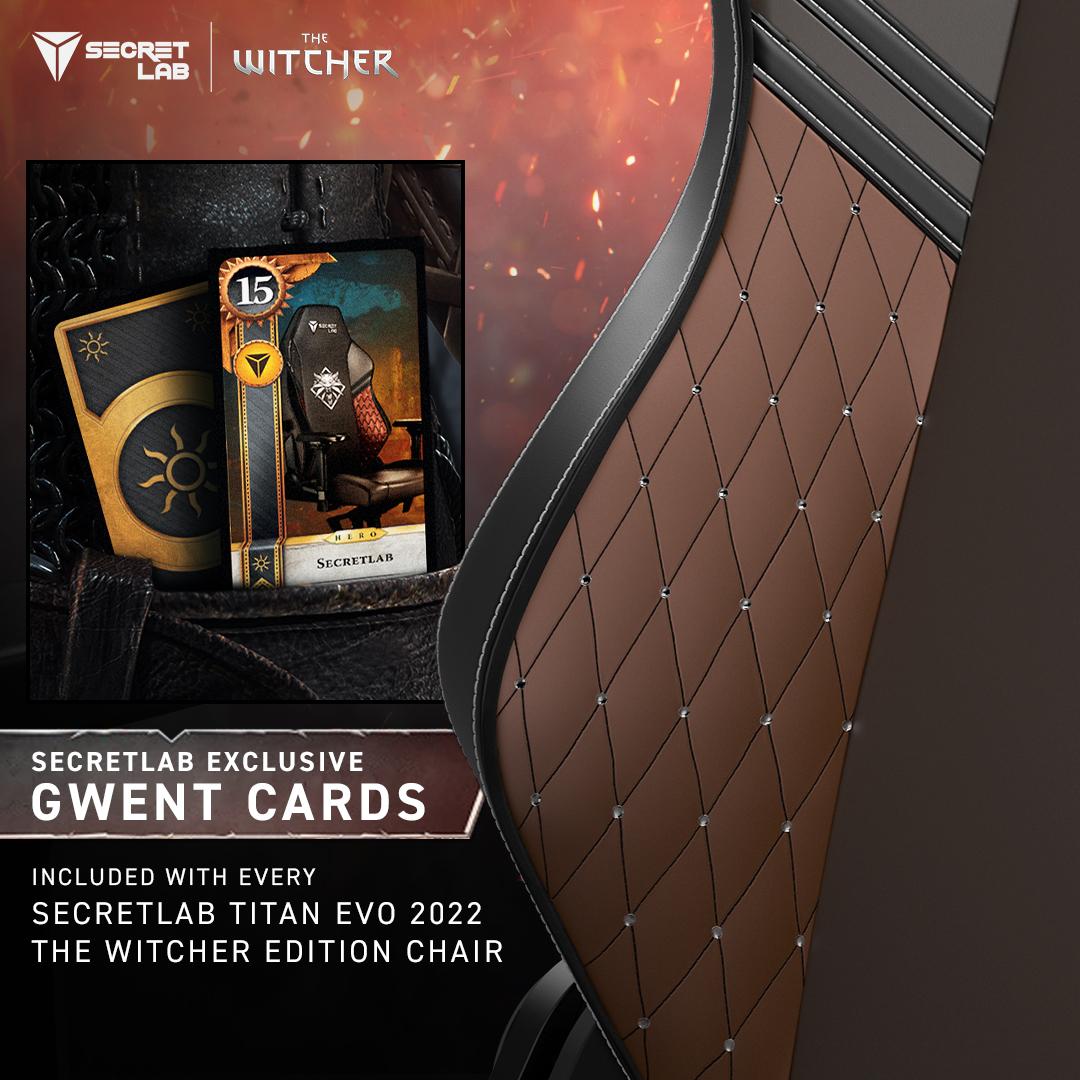 As a special treat for fans, every purchase of the Secretlab The Witcher Edition chair comes with one Secretlab chair card and one random GWENT card collectible, featuring Geralt, Triss, Yennefer or Ciri. Make them part of your GWENT collection now.

“With its phenomenal world-building, stories and characters, there are few fantasy universes that are as intricate and immersive as The Witcher — that has gotten me almost 200 hours clocked in The Witcher 3: Wild Hunt alone. Our designers wanted to bring the same magic and detail to the world’s first official The Witcher seat, modeled after Geralt of Rivia himself. From the dual swords Geralt wields to the studded metal accents along the side wings, every aspect of the chair evokes a witcher’s gear, reminiscent of the Continent’s magic and monsters.”

“We thoroughly enjoyed the creative process with Secretlab to explore various ideas for the world’s first official The Witcher chair. It was important to us that every single design feature corresponded to an iconic part of Geralt’s armor and weapons, and we know that fans will recognize and appreciate the different elements we’ve incorporated. It’s truly a chair fit for the legendary witcher himself.”

CD PROJEKT RED is a game development studio founded in 2002. It develops and publishes video games for personal computers and video game consoles. The studio’s flagship titles include The Witcher series of games, Thronebreaker: The Witcher Tales, GWENT: The Witcher Card Game and the futuristic AAA role-playing game — Cyberpunk 2077. Together with GOG.COM, a game store offering hand-picked titles for PC and Mac, CD PROJEKT RED is part of the CD PROJEKT Group. CD PROJEKT S.A. is listed on the Warsaw Stock Exchange (ISIN: PLOPTTC00011).